2016 saw the loss of several great artists who made considerable contributions to salsa and Afro-Cuban music. In Part I, we remember two great soneros—one from Mexico, another from Cuba. Melón is probably best known to many salseros as a featured vocalist with Johnny Pacheco, with whom he recorded. It is his 1977 Fania album Llegó Melón that introduced many to his unique vocal styling. A couple of tunes became hits—“Don Turibio,” “Veracruz” and “Jícamo y salsa.”

But long before he recorded with Pacheco, Melón was a phenomenon in Mexico, where he was born. It was in the early 1940’s that he first heard Afro-Cuban music on Mexican radio stations. Apparently, he liked what he heard and gave up other career plans to focus on music. He would go on perform with several groups, including Trío Guerra a la Oreja, Los Guajiros de Caribe de Toño Espino, Los Diablos del Trópico de Galo Almazán, etc., until he founded Combo Sensación in 1957.

But then in 1958, he started the group Lobo y Melón with conguero Carlos Daniel Navarro. His nickname was “Lobo”—hence the group name “Lobo y Melón.” They were a hit with their innovative blend of bop and Cuban music called son-bop. Before long they were recording hit after hit and touring throughout Mexico and the United States. The group disbanded in 1971, following 13 years of success. 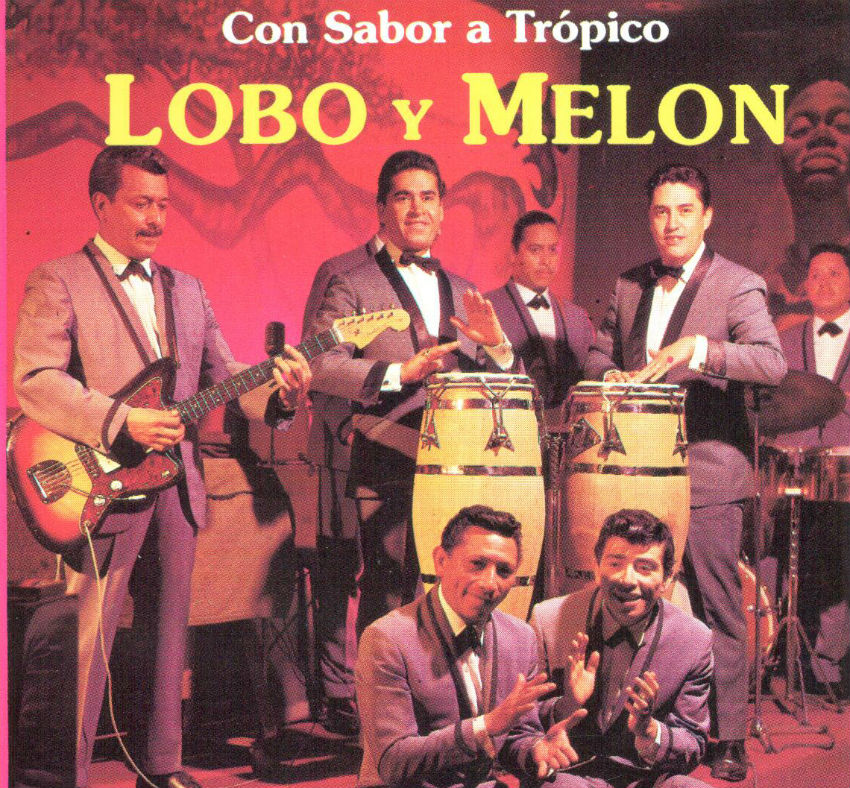 In 1975, Melón moved to the United States and participated in a number of Fania recordings, eventually working with Pacheco. He recorded his second LP with Pacheco in 1981 titled Flying High. He then spent a number of years in Los Angeles, performing with his group Melón y su Salsa Azteca.

Melón eventually returned to México where he continued to perform and record. He wrote for a number of Mexican newspapers, worked on the radio and gave talks on Afro-Cuban music. He was known as the “sonero de todos los tiempos” (“a sonero for all times”). In 2009, in honor of his 60 years in music the music industry, he received the Gonzalo Aguirre Beltrán Medal during the Festival Afrocaribeño in Veracruz, Mexico. Sadly, Melón passed away on February 8, 2016 at the age of 85. Cuban singer, guitarist and tresero, Reinaldo Hierrezuelo la O, whose artistic name is Rey Caney, was born in Santiago de Cuba in 1926. As a hotbed of the Cuban son and guanguancó, it should come as no surprise that Hierrezuelo was drawn to music. But clearly he had an unusual talent because he would go on to perform and record with several seminal Cuban groups whose legacies live on.

The first one was Cuarteto Patría, which he co-founded with his cousin Francisco (Pancho) Cobas, Emilia Gracia and Rigoberto “Maduro” Echevarría in 1939. This group made a name for itself with its interpretations of traditional, Cuban music, such as trova, boleros and música campesina. This group lives on under the direction of another great tres player, Eliades Ochoa of Buena Vista Social Club fame.

The next group in question is Los Compadres, which was formed by Rey Caney’s brother, Lorenzo, in 1947. His first partner was Compay Segundo, one of the most revered singers and trovadores in Cuba, also of Buena Vista Social Club fame. After Compay left the duo, Rey Caney took his place in 1952 and continued the duo’s success. The duo was wildly popular in Cuba and toured extensively throughout Latin America and the United States.

We should add that the Hierrezuelo family was clearly talented, because Rey Caney also recorded with his sister, Caridad, known for her guarachas.

But Rey Caney wasn’t done with forming successful groups. In 1994, and despite failing eyesight, he formed Vieja Trova Santiaguera, which was supposed to be a short-lived project. But it was such a hit, that the group went on to record several albums and draw attention to Cuban music. And keep in mind, this was before the Buena Vista Social Club phenomenon.